« Rails Summit Conference recap | Main | What are the top priorities for our nation's first CTO? »

It's hard to believe, but the US presidential election is only 14 days away, which means that the Addison-Wesley Professional Ruby conference is coming up in less than 4 weeks. Continuing my series about the conference, I'm going to blog about some of the speakers I have lined up for you. First up are a few guys that I highly respect, am lucky to count as friends and unflinchingly call "Rails Heroes" because of their longstanding contributions to the Ruby world. 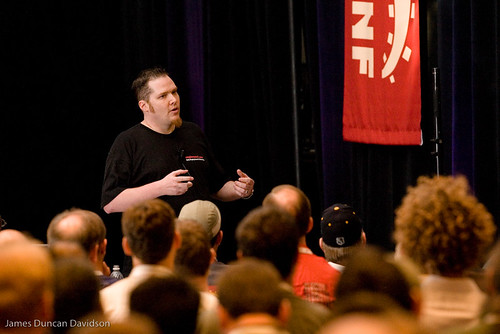 Ezra is famous for being the creator of Merb and founder of Rails hosting superheroes Engine Yard. He is a production systems expert and widely acclaimed speaker within the Ruby on Rails world.

Ezra's talk will explore the history and current state of the art in deploying and maintaining scalable Ruby applications. Over the last four years we've gone through countless web servers and deployment scenarios on the path to the ultimate deployment environment. Ezra will do a brief history of where we've been, where we are now, and where we are headed for the future, including his groundbreaking ideas with regards to backend messaging design and a world of services pattern. 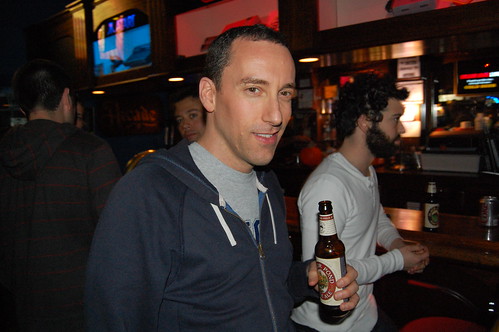 Josh is without a doubt one of the most beloved characters in the Ruby scene. His blog has_many :through boasts over 8000 readers and he is a key player for Rails powerhouse Pivotal Labs, for whom he is spearheading an expansion into New York City.

Josh will be premiering a special talk titled "Ruby: Fragile or Agile". As a former Smalltalker, Josh lived through the experience of C++ eating Smalltalk's lunch, and will tell us what we should be on the lookout for as Rubyists so that the same thing doesn't happen to us. He will broach vital topics about the disciplines we need to exercise in using Ruby so that it can take over the Agile mindshare from mainstream languages. 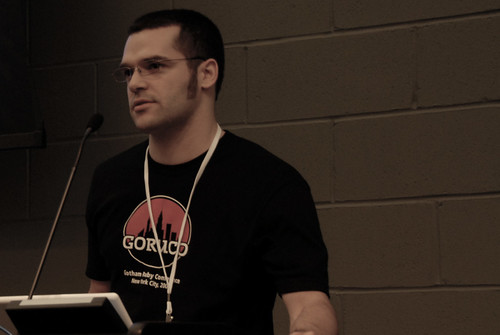 Matt's firm, Eastmedia, was one of the earliest professional design agencies to do heavy Rails work, including the first Ruby on Rails-based implementation of OpenID for Verisign and the official site of NFL football team The New York Jets. He gave me plenty of technical review help and contributed the production deployment chapter to The Rails Way, for which his name graces the cover of my book.

Matt is also very good friends with Zed Shaw and was the primary author of our book about Mongrel. His talk at the conference will show you why Mongrel is still relevant, how it works, how it fits into your deployment stack, and how it can be easily extended to serve custom requirements. You can get a taste of the subject matter in this InfoQ interview that I recorded with them last year.