Lately I've been using the following analogy as a valuable tool in my sales process. Used properly, it's totally killer and you're gonna love me for it. I promise. It involves ponies, kind of... 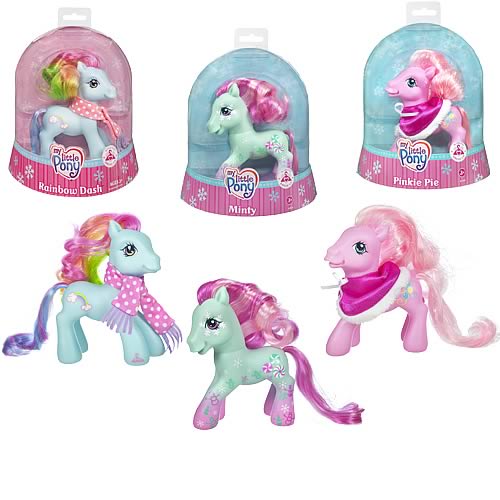 First of all, let me set the context by explaining the problem I'm helping you solve. (Mind you, I know that not everyone does Agile the way that I do at Hashrocket, so it definitely won't apply to everyone.) But if you do try to sell Agile, even if it's only to your managers, bear with me and tell me if this situation sounds familiar:

People that haven't done Agile software generally don't understand the concept of variable scope. They think they know exactly what they want, and they want a price. If you don't give them a price, they'll keep looking until they find a provider that gives them a price, for better or worse... usually worse.

Here's the analogy, which serves to illustrate variable scope and price very effectively. Compare the requirements to a child's Christmas list or letter to Santa. (or three kings or whatever) For reasons that will be obvious in a moment, this analogy going to be most effective with actual parents that have to go Christmas shopping for their kids every year.

It's important that you communicate that all or most of these items involve ambiguity about what is actually desired.

Ask the client (or yourself): How much do you have to spend to get this list "done"?

How much does a Barbie doll cost nowadays? Twenty? Thirty? Less? Who knows? You can ballpark it, sure, but what about some of the other things on the list?

It's actually impossible to say how much it will cost to fulfill this list until you actually do the Christmas shopping! Why? Because of the ambiguity!

Even rich parents that don't go shopping with a particular budget in mind will understand this analogy! They still have to maximize the child's happiness without knowing exactly what you're going to end up spending. For instance, it's the rare child that will actually get a pony for christmas, but maybe while shopping the parent sees a stuffed pony doll, or a My Little Pony playset and spends $20 to buy it and cross "Pony" off the list. Maybe they don't. I have no idea how to fulfill that Pony request, and neither does your client, until they actually start shopping.

That's where I'm going with this. Actually implementing the prospective client's project is like doing the Christmas shopping described above. You might know approximately what things on your client's requirements list will cost beforehand, but there's never a way to know exactly what you're going to end up spending until you actually start crossing items off of that list (clearing the backlog) and decide that you're done (release the software).

Listed below are links to weblogs that reference Explain Variable Scope with Ponies: